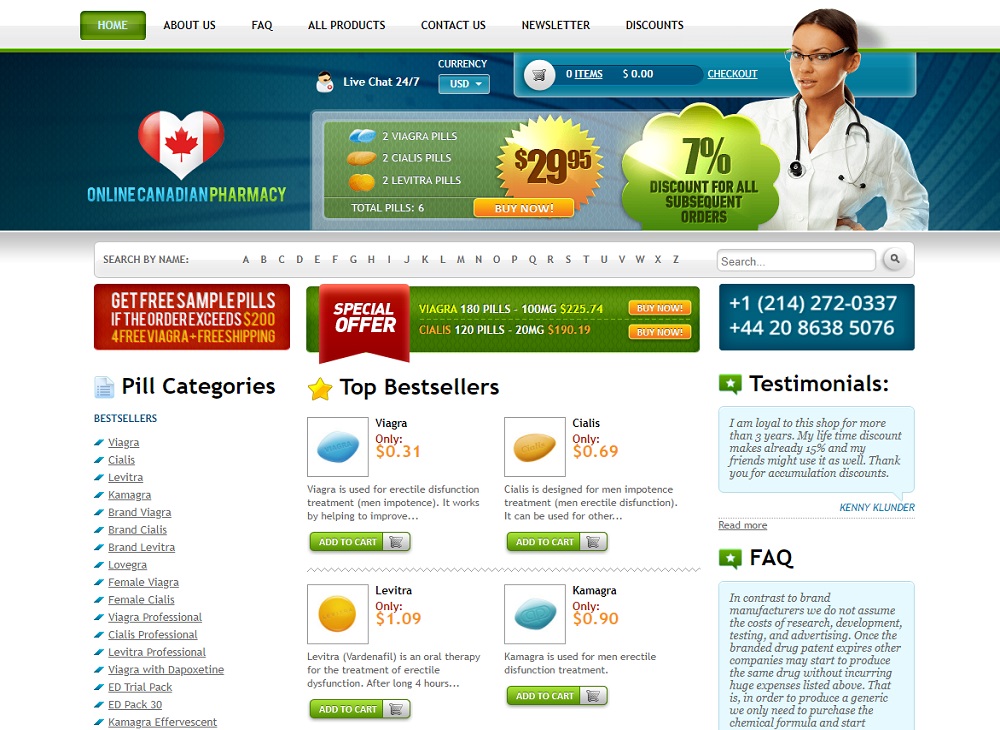 247SafeGenerics.com is not a popular Canadian pharmacy. It makes that claim on its official website. But it couldn’t be further from the truth. It is neither Canadian nor popular. That isn’t their only problem. They don’t have any licenses and it tells you that they are an illegal business. The problem with illegal pharmacies is that they are more likely to sell you counterfeit medicine. This is why their lies should give you some pause. They are not merely a nuisance. Not only do scams of this sort steal money and identities but they are just as likely to poison you with their fake medicine.

The domain is young. It was created on the 16th of February, 2021. just days ago as of this moment. This puts them in a poor position because it is common practice to ignore medical websites that have been in operation for five years or less.

A site like this that has just a few days behind it is impossible to trust. This would be true if the pharmacy had a lot of strong attributes, including reputable investors and connections. But it doesn’t have any of those things, which is why it has failed to earn the benefit of the doubt.

The 1 percent rating ScamAdviser gave them highlights their shadiness. They have an SSL Certificate but that isn’t enough to convince consumers to give it a serious shot. This is why the Alexa rank is so low. People are hesitant to take a chance on a website that is so young.

They are not Canadian. This is what they want you to think. Take a look at their logo. it has incorporated the Canadian flag. Their business name is the same. It features the Canadian name. They keep trying to imply that they are Canadian but they are not.

The owner is equally anonymous. Scammers do this because they don’t want consumers to investigate their past. If they did so, they would discover all the fraudulent behavior the scammers perpetrated early on.

By remaining anonymous, they can prevent their past misdeeds from tainting their current business operations. However, this website isn’t worth protecting. First of all, it is very bland. The design is simplistic and unattractive.

Secondly, the platform features a lot of vague information that was copied, word for word, from other websites. Third, it doesn’t provide any significant contact information. You have to use email or the live chat function to reach them. They don’t have a phone number, which is bizarre and unprofessional.

They won’t tell you anything of note about their staff because they don’t have one. Or at the very least, the evidence on the internet heavily hints at the possibility that this entire drugstore is a one-man operation. You won’t find any licensed pharmacists behind the store.

Because they started dispensing drugs just a few days ago, it isn’t that surprising to find that resources like LegitScript haven’t heard of them. Though, if they were Canadian, CIPA would have recognized them as a member. But it hasn’t.

They have a small catalog of generic drugs that treat all the common illnesses. But it is doubtful that they have any of that medicine. Like all the other content on the site, they copied their catalog from elsewhere.

Some people will choose to buy drugs from them despite their issues because they are so cheap. They have discounts of up to 7 percent. They also offer bonus pills. If you’re determined to do business with them, you can make payments using:

The company has only been around for a few days and yet they have nearly a dozen testimonials on their platform from happy and satisfied customers. As you might have guessed, you can’t trust those reviews, and you won’t find reviews for the store anywhere else.

Not only do they have a bland platform with content they copied from other websites but they have neither a business address nor accreditation.

They get a rating of 1 star.