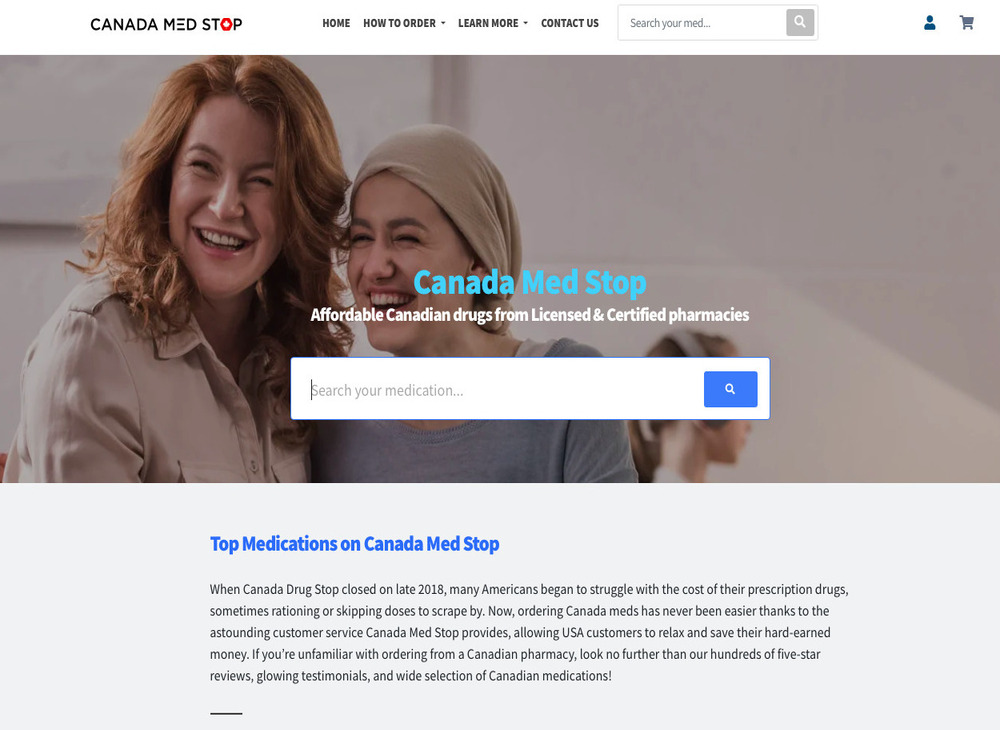 CanadaMedStop.com is one of the few legit Canadian drugstores on the internet. Many fraudulent sites pretend to be Canadian when they are actually based in high-risk countries. But that isn’t a problem where this platform is concerned because they are every bit as Canadian as they claim to be. Though, that doesn’t necessarily make them perfect.

The domain is one of the pharmacy’s biggest problems because it was created on the 20th of August 2018, which was just two years ago. Admittedly, that domain age is only a problem right now. In a year, it will jump to three years, and then four years, and then five. In a decade, they could become one of the oldest legal drugstores on the internet.

But that is only if they survive. At this exact moment, their domain is set to expire in August 2021. Unless that changes, you have no reason to assume that the platform will stick around long enough for its domain age to grow. With that in mind, you have to treat them as cautiously as you would any other young site in this industry.

Even though they are truly Canadian, ScamAdviser assigned them a rating of 1 percent, which is very low, proving that it doesn’t trust them either, not completely. It likes the fact that their platform has a valid SSL Certificate. But it hates their low traffic levels, not to mention the anonymity of the owner.

They have several related domains, including:

They work just like any other online pharmacy. They have partnered with various suppliers inside and outside Canada to acquire drugs that they can resell to consumers that need them. Their target is customers in the United States.

According to their website, they want to help American citizens that have stopped taking the pills they need because they cannot afford to buy them from their local pharmacies. The platform wants to stand in that gap by allowing desperate people to access life-saving drugs at an affordable price.

Their age is a problem because you cannot trust them to provide the same reliable services as their older, more experienced counterparts. But they haven’t done anything to make people think that they could be a scam. They have even included an address on their platform. It shows that they are based in Vancouver, Canada.

This is a nice touch because a lot of online drugstores do not have business addresses. This one isn’t completely out of the woods. Their owner is anonymous and that is going to rub people that demand complete transparency the wrong way because they know that most medical scams have anonymous owners.

When the owner of a medical site decides to hide their identity, you cannot help but worry that they are hiding other things as well. Until this one provides a convincing reason explaining the owner’s decision to remain anonymous, you have to approach them with caution.

ScamAdviser already noted that the website is not recommended by the NABP. This explains legitscript.com’s decision to classify them as ‘unapproved’. But that doesn’t make the site illegal.

The classification simply means that the store has failed to meet the standards that the NABP expects any website operating in the US to adhere to. At the end of the day, this platform is Canadian. CIPA is the only organization whose accreditation matters. CIPA certifies pharmaceutical websites in Canada. It recognizes this platform as one of its members because it met CIPA’s standards.

Their drugs are more affordable than those found in the US. They expect their clients to use credit cards (Visa, MasterCard, AMEX, etc.) when making payments. The company only delivers to the United States. They use Airmail. Deliveries can take anywhere between eight and fourteen days depending on the client’s location.

This is another mark against the internet pharmacy. It doesn’t have reviews on third-party platforms like Trustpilot. But there are some testimonials on their own website.

Even though they are a legal Canadian pharmacy, they have some weaknesses in their profile, including an anonymous owner and the absence of reviews on third-party platforms.

This is why they get a trust rating of 3 stars.