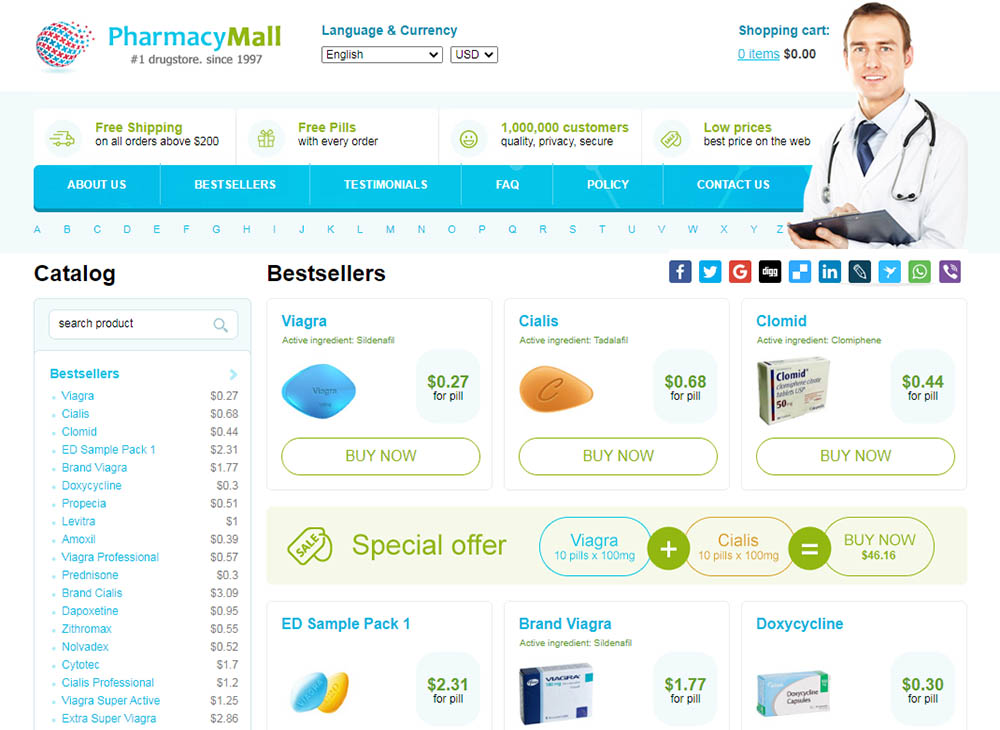 Hot-Pharm.com is a medical store that, unlike conventional pharmacies, offers delivery services. They transact with customers over the internet before sending the drugs they have purchased to them. They serve both local and international markets. This makes them sound like such an attractive entity. However, they are far from legit. In fact, once you peel their layers away, it becomes difficult, if not impossible to believe that they can do anything of the things they claim.

The domain won’t set your alarm bells off immediately. However, it will probably raise some concerns. After all, it was created on the 26th of August 2018, roughly two years ago. Two years is a short time, and it will bother many consumers because it has become quite common for young sites to hide scams.

There are younger pharmacies on the internet. Some of this store’s competitors are just a few months old. But that doesn’t make the drugstore any easier to trust. Unless a website has been around for at least five years, you can never fully trust them.

After giving them a rating of 1 percent, you can comfortably conclude that scamadviser.com doesn’t trust the company. It has taken note of various weaknesses which include a lack of proper search engine optimization, the presence of numerous negative reviews on the internet, and an Alexa rank that is quite low.

The internet pharmacy doesn’t make much of an effort to convince people that it isn’t a scam. One of their worst attributes is the design of their platform. It would be an exaggeration to call it ugly. However, it isn’t attractive either.

But that isn’t the biggest problem. The design suffers because it has so much in common with the designs of hundreds of medical scams. It is difficult to trust an internet pharmacy that looks so much like other fraudulent portals.

Some people might go so far as to assume that all these sites are owned by the same person because they look alike. This is probably not true. More than likely, it is an issue of laziness. You could settle the matter by simply asking the owner but he has chosen to operate anonymously, a habit that is quite common among scammers.

The content of their platform is just as suspicious as the design. In some places, it is poorly written. There are too many errors for anyone to believe that the website was made by a professional. In other places, the content was clearly copied from the same fraudulent sites that the owner used when he or she stole the design.

This makes it all but impossible to rely on the things they say. Even if the source of their content wasn’t questionable, they keep repeating the same promises made by legitimate sites. However, unlike those sites, this one hasn’t made any effort to back its words with evidence. In other words, their promises are empty.

They have several seals from a number of regulatory bodies on their platform. But if you reach out to those bodies, they will tell you that they have never heard of this company, which is why they are called ‘rogue’ by legitscript.com. Those fake seals on their website are an irrefutable sign that they are liars.

They only have generic medicine. They claim to provide brand name pills but their prices are so low that this seems unlikely. They can get you drugs for conditions like:

While their decision to sell drugs in the absence of prescriptions is exciting, you need to know that all legal dispensaries are expected to ask for prescriptions before they sell prescription products.

As was noted above, their prices are way too low. This is supposed to attract consumers but it also suggests that their products might be fake. If that doesn’t bother you, they accept credit cards, specifically MasterCard and Visa. They use EMS and Airmail for shipping.

The positive reviews on their testimonials page that are supposed to fill visitors with encouragement are not real. They don’t have genuine reviews anywhere.

For a store with fake reviews, a questionable design, and an anonymous owner, you have to give them a rating of 1 star.

We don’t recommend you to shop there.