Home » Reviews » Mens-Health-Ph.com Reviews – Not Worth Your Money 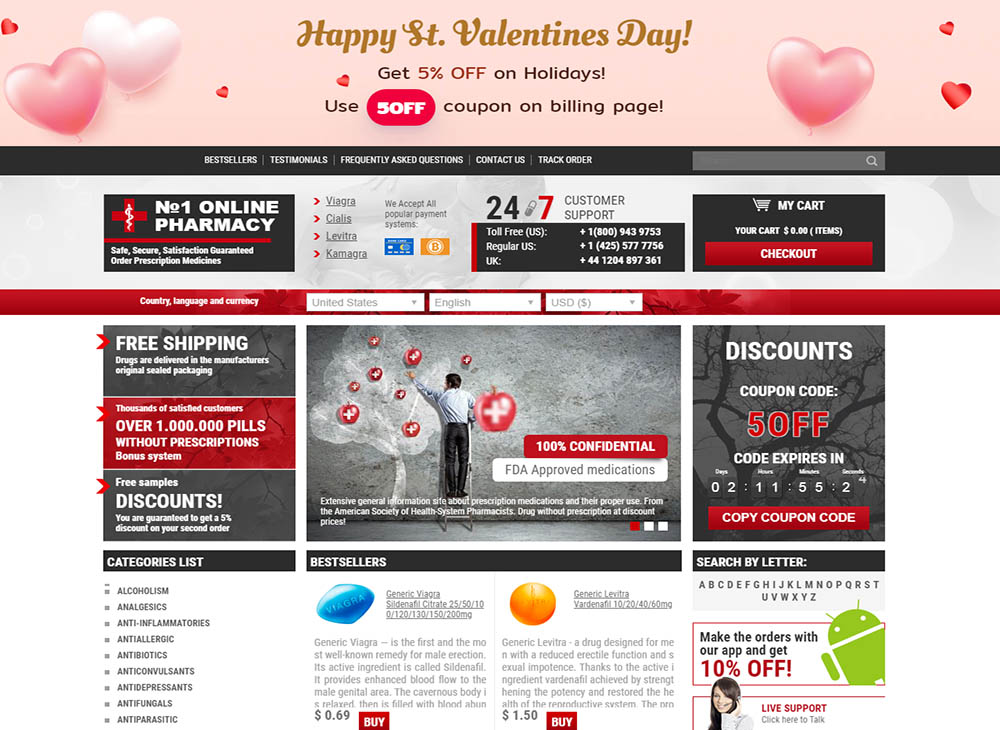 Mens-Health-Ph.com is a clever internet pharmacy that sells drugs related to men’s health. They are clever because their site is filled with positive testimonials from satisfied customers. Some of them praise the website because it delivered their order on time and their pills worked just as promised. Others appreciated the fact that the company followed up on them after their drugs were delivered.

Their domain is the strongest attribute they have to offer. This is because it was created on the 22nd of June 2015, which was five years ago at the moment. The domain age sounds like a trivial matter but it isn’t.

It tells you the amount of experience a company has which, in turn, shows you the amount of trust you should put in them. The oldest sites are the most trustworthy. This isn’t always the case. But for the most part, people always flock to older sites because they have so much to protect, especially their reputation that they cannot afford to mistreat or defraud their clients. This company’s domain age is a good thing. You are more likely to trust them because they have been around for five years.

Unfortunately, even though their domain age is so strong, ScamAdviser gave them a rating of 1 percent because the other weaknesses surrounding their business are so egregious. For instance, they are not linked to any other website.

This is odd because every platform works so hard to build links online. This increases their visibility. A site like this that doesn’t have links to other sites is strange because it has been in operation for so long.

If that wasn’t enough, they are hosted by a server that is filled with low-rated platforms. ScamAdviser is also bothered by the fact that they sell medicine globally. As you can see, their domain age, though impressive, means nothing.

Their platform is very bland and basic in its appearance. They have supposedly sold a million pills to thousands of customers over the years. That claim is amazing but it means nothing because they can’t prove it.

They have a connection to Latvia, a nation with a reputation for nurturing online scams. This explains the many websites with low ratings on their server. They don’t have a business address. This prevents you from determining where they come from.

You would normally rely on their owner to solve that mystery but he is anonymous. You have no way of identifying or communicating with him.

They don’t have any accreditation or licensing of significance. This is why LegitScript has chosen to call them rogue. The absence of regulatory authority makes sense. It is difficult, if not impossible for legit pharmacies to sell medicine globally because they require accreditation and licensing from multiple regions around the world. Most of the medical firms that sell medicine globally are doing so illegally, just like this one.

Their catalog has drugs that treat a long list of illnesses, such as:

However, as their name already told you, their main focus is sexual enhancers for men.

Not only are their drugs cheap but they offer free samples. One of the reasons their products have such friendly price tags is because they are generic. A generic medicine is inexpensive to produce, which is why it is so cheap. Shipping is free. They use Express International Mail and Standard International Mail. They accept credit card payments.

They have so many testimonials on their website and they are quite positive, but they are fake. The site doesn’t have testimonials anywhere else, not even on reputable platforms like TrustPilot. If you normally use customer reviews to make your decisions, these ones might push you to buy your medicine from this site. However, once you see the problems the pharmacy has, you will quickly realize why those testimonials can’t be trusted. Don’t be so quick to give them your money.

It is impossible to defend this website. They are not only operating illegally but you have several reasons to assume that their activities are fraudulent.

They earn a rating of 1 star.