Home » Reviews » Pharmedio.de Reviews – Too Shady to Fool Anyone 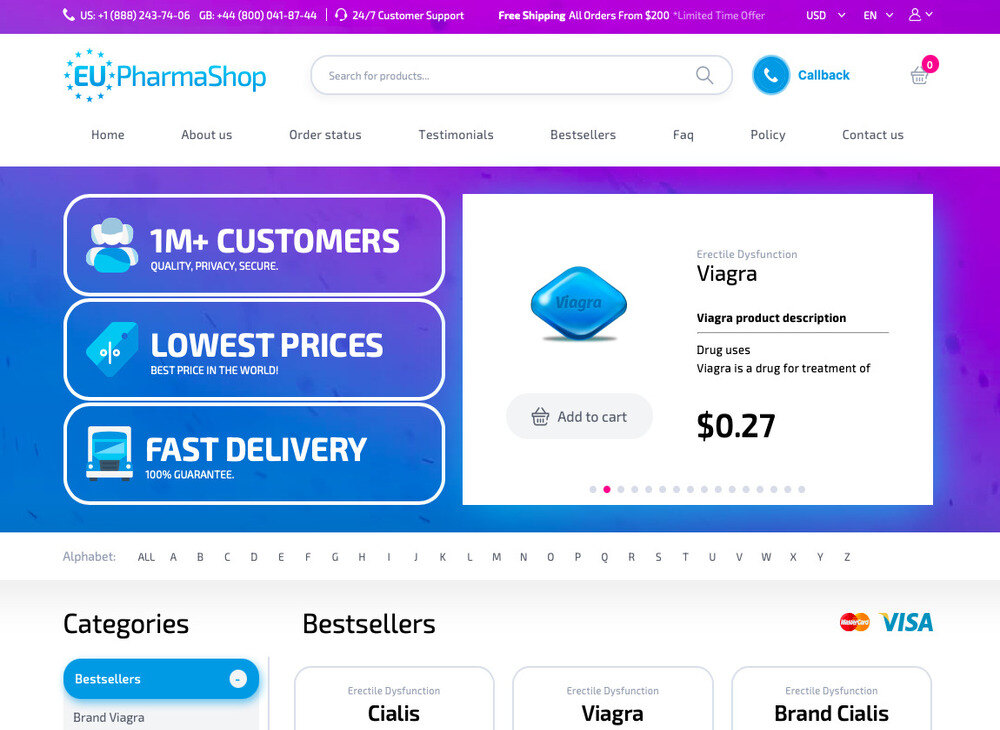 Pharmedio.de is an online dispensary that provides sexual enhancers to people that do not want to go through a real doctor to get the drugs they need. Because the store doesn’t ask for prescriptions, it attracts people that self-medicate. Though, it will argue that it also caters to the needs of patients that cannot afford the high prices associated with traditional pharmacies. In truth, while their promises are encouraging, their profile leaves a lot to be desired. The pharmacy isn’t quite as legitimate as it would like people to think.

The domain is one of the most suspicious aspects of this store. This is because the domain records are nowhere to be found. In other words, you have no way of determining the domain age, which is a problem. The site is probably very young. Old and experienced pharmacies are quite open about their age. On the other hand, young pharmacies are often tempted to keep their age a secret.

ScamAdviser doesn’t have anything to say about their age. In most cases, it will either punish a young platform with a poor rating or reward an old shop with a high rating. However, because the domain age is hidden, ScamAdviser cannot determine whether they are old or young.

Though, it still gave them a low rating of 31 percent because they have other problems that cannot be ignored, including a poorly optimized website, cryptocurrency services, and a catalog filled with products that scammers typically offer. They share their server with over a hundred sites.

Most of the portals on the server are poorly rated. This has encouraged ScamAdviser to lower its rating. They have a valid SSL certificate but it isn’t enough to compensate for their mistakes. It should be noted that a rating of 31 percent shows that a site is very risky.

The business side of this platform is just as difficult to trust. This is because the company is a ghost. It doesn’t exist as a real business away from the internet. This is why the owner has chosen to hide the business address. More than likely, he doesn’t have one. This would also explain the owner’s decision to keep his identity a secret.

The platform is bound to fool some people. This is because it has an attractive look. The home page also claims that the pharmacy has performed transactions with over a million customers. A lot of buyers will take that boast as a fact even though it is completely false. Their online presence is not strong enough to support the claim.

The owner went the extra mile and included a picture of his company’s premises. That is another lie that many buyers will believe. The picture will fool a lot of beginners because they haven’t spent enough time in the online pharmaceutical arena to realize that other drugstores have published this same picture on their platforms. All in all, this pharmacy doesn’t exist as a real business. It is just a website with a questionable profile.

The store has not been certified by CIPA, the NABP, or any of the other regulators that supervise the activities of online medical shops in Europe and North America. Therefore, this dispensary cannot legally sell or deliver drugs to anyone in Europe or North America. In fact, they haven’t been accredited by a single regulatory body, which means that they break the law whenever they dispatch medicine to any country around the world.

Sexual enhancers are their main interest. This is a problem because a lot of scams are obsessed with sexual enhancers. The source of their products is a mystery. You have every reason to assume that their merchandise is counterfeit.

The medical shop is extremely cheap. But this has only encouraged people to question the quality of their offerings. Their system accepts payments that are made via E-checks, cryptocurrency, Visa, Mastercard, and SEPA. Deliveries are made using EMS and Airmail Standard. Packages are supposed to reach their destinations within three weeks. But delays can occur.

Their site has published several fake testimonials. The owner will argue that these reviews are real. But he hasn’t provided any evidence to back that argument. So you are free to ignore the reviews.

The store’s shady profile has encouraged people to perceive it as a scam, which is why it earns a trust rating of 1 star.

So never use this online pharmacy’s services.