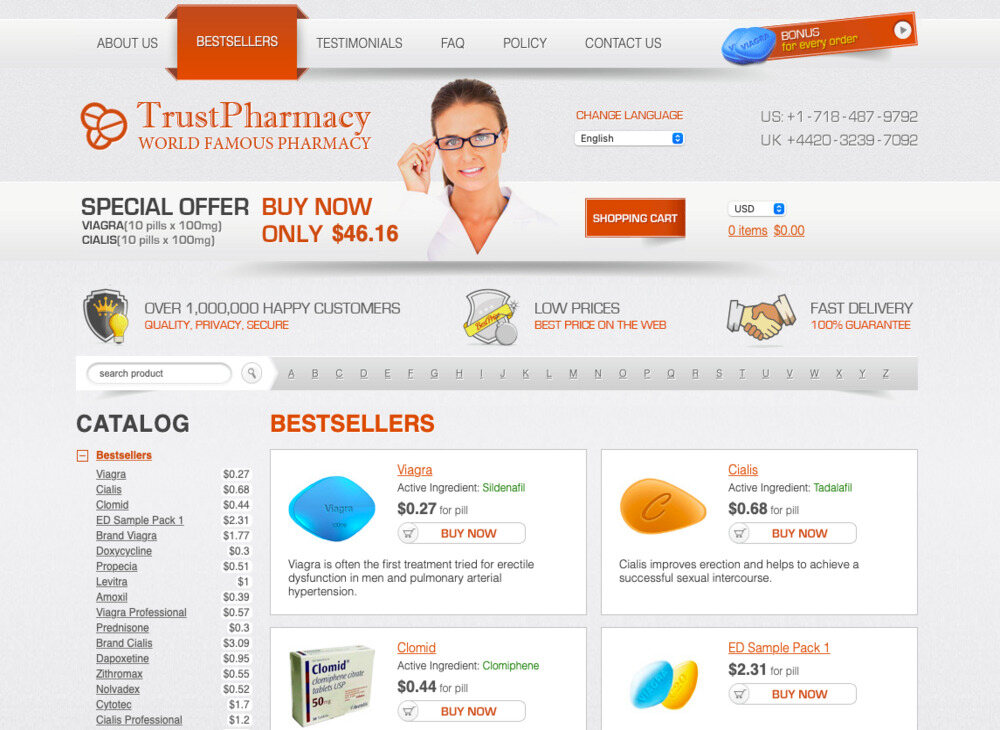 Sale-Drugs.com doesn’t look like the many legitimate pharmacies on the internet. In fact, it bears a striking resemblance to a litany of medical scams. But that hasn’t stopped them from claiming legitimacy by publishing various seals on their platform that are normally associated with authentic drugstores. This shows you how dangerous they are.

The domain will probably scare most people off, having been created on the 18th of April 2020, two years ago. Young stores do not encourage trust. People are more likely to accuse them of participating in fraudulent activities because scams normally hide behind young internet pharmacies. This one is destined to suffer the same fate. It will have a difficult time winning the confidence of skeptics.

Their 1 percent ScamAdviser rating indicates that they have failed to prove their legitimacy to the resource. ScamAdviser took points away from the company because it has very low levels of traffic. It also observed that their server has several portals with poor ratings. The owner is anonymous. The resource hates that practice.

It is difficult to perceive this store as anything other than a scam. They supposedly dominate the market where the distribution of high-quality drugs is concerned. But their traffic levels are low because most people do not who they are.

That doesn’t fit the picture of a leader in the pharmaceutical arena. Leaders in this arena have the highest possible traffic levels.

They guarantee professionally manufactured medicines that they sell at the lowest prices. But that claim is only half true. Yes, their prices are low but no one knows where their products come from or who makes them.

Companies that have licensed suppliers won’t hesitate to show them off to their consumers because they know that their association with qualified dispensaries will give their reputations a boost.

This one stops at telling everyone that it has partnered with licensed suppliers. It won’t tell you who they are. Their services are supposed to be highly proficient. But if that was true, their brand would be the talk of the internet.

Online shops rely on word of mouth to enhance their popularity. They know that satisfied customers will always brag about the companies they like to the internet community.

But no one is talking about this store. They have no presence on the internet, proving that no one knows they even exist. This will discourage their visitors from taking their claims seriously. You can confidently assume that their deliveries are not as speedy as they suggest.

You can also conclude that their security standards are far from impressive. Their design utilizes a template that most of you have seen a hundred different times in the online pharmaceutical arena. It wouldn’t be fair to call their platform ugly. However, it isn’t professional either. Their look doesn’t inspire trust.

Their platform has seals from CIPA, FDA, McAfee, and MIPA. But as was noted before, all these seals are fake. They have been around for all these years, and yet LegitScript hasn’t taken note of them. You won’t find them in LegitScript’s database. They are operating under the radar.

Some people may choose to buy these drugs despite the questionable nature of their origins and quality because you can get them without a prescription. Many consumers want medicine but, for various reasons, they cannot secure a valid prescription. This attracts them to shops like this one.

They have generic and brand name pills that include:

They make deliveries using Airmail and EMS. Airmail takes the longest. You have to wait a maximum of three weeks. With EMS, shipping takes as little as three days. Their drugs are cheap.

Fight the temptation to listen to Simon, Matthew, Dorothy, Sarah, Barbara, Jacob, and all the other customers that have published reviews on the platform.

Those are not real customers. Their names have appeared on other medical sites. The same thing applies to their reviews. They are exactly the same, which means that the owner copied them from other shops.

It has failed to silence the fears of skeptics, which is why it has landed a trust rating of 1 star.