Home » Reviews » Top-Rx-Market.com Reviews – This One Has No Credibility 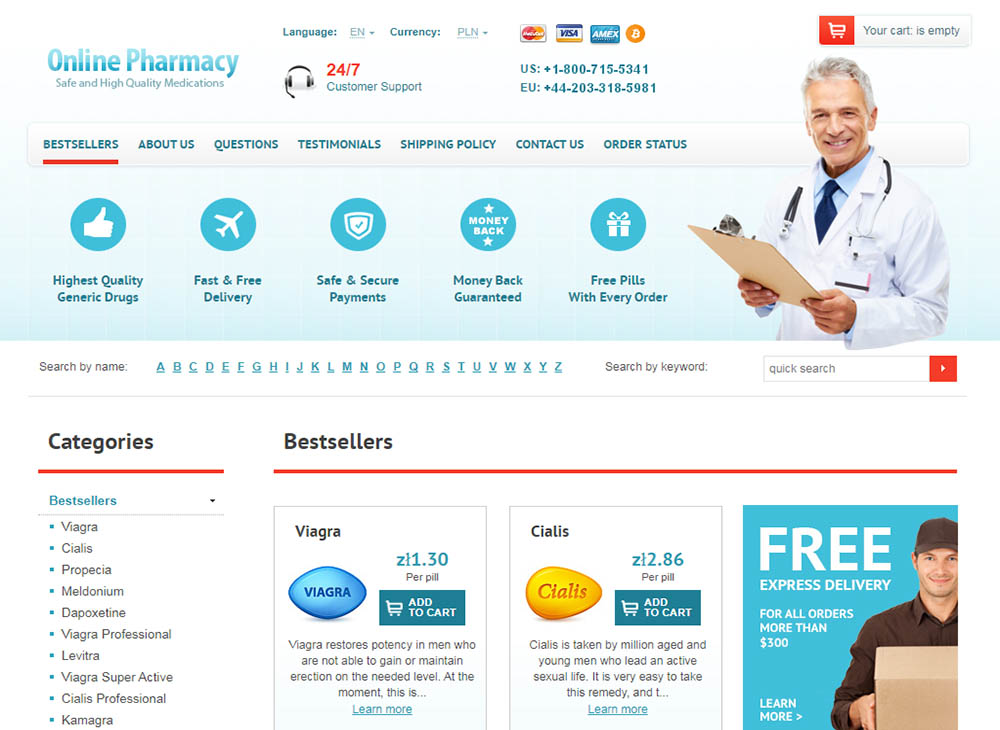 Top-Rx-Market.com is an internet pharmacy that doesn’t go out of its way to prove that it is legitimate or reliable as some of the pages on its platform suggest. For instance, even though they claim to have seven years of experience, their website has a bland, amateurish look that is incompatible with such experience. That isn’t the only false claim they make. The website’s privacy policies are suspicious, and so are the guarantees they have made regarding their payment mechanisms and delivery services.

A company’s domain age should always match the experience they claim to have. As you now know, this one wants people to think that it is 7-years-old. But according to their domain age, they were created on the 11th of February 2020, just a few months ago.

This is a problem because it tells you that the site’s owners are liars. Other websites in similar situations have attempted to rehabilitate their reputation by telling everyone that their owners operated a traditional pharmacy for several years before they opened their medical portal.

But this one can’t be bothered to make that argument. Even if it did, it has no way of proving that it had a thriving business for seven years before it finally joined the internet.

After looking at various attributes, including the contact information and the host, ScamAdviser concluded that the firm deserved a trust rating of 1 percent. They based the poor rating on factors such as the owner’s hidden identity, the short lifespan, limited number of visitors, and the absence of an SSL Certificate.

While ScamAdviser has been known to get things wrong on occasion, it is difficult to argue with their position on this portal. As far as they are concerned, the resource presents a serious risk.

The company doesn’t provide enough information for any curious patients to accurately determine how they operate as a business. In some cases, they have chosen to obscure their activities on the internet, probably because they have some shady practices.

Whenever a company refuses to maintain transparency, you have to conclude that they have things to hide, things which prove that they are a scam. This one made the mistake of revealing its business address.

It isn’t that difficult to verify the authenticity of an address. This platform chose to publish an address related to the Europharm Group, an address that many scams have used in the past and which definitively proves that this one is a fraud.

They have no way of defending the fact that their business is situated in the same place as so many medical scams. Even worse is the fact that the address puts them in the Czech Republic, a high-risk country.

If you know anything about Europharm Group pharmacies, you understand that LegitScript tends to call them ‘rogue’. This one is even worse. The resource has never heard of them. The lack of proper accreditation should put you on your guard.

They have a catalog that, on the surface, appears promising because it includes drugs for issues like:

But if you take a closer look, you will realize that most of their products are sex-related. They have an impressive list but it doesn’t accurately represent their products. It is also worth noting that they most likely operate a referral service. In other words, they don’t actually have any of this medicine in their stores.

The only means of making payments are electronic checks and credit cards like AMEX and Visa. With deliveries, they use EMS and Airmail. Their prices are very low, suggesting that their merchandise is potentially counterfeit.

The testimonials on the site are the most damning aspect of their profile. They have appeared on the websites of so many scams that any portal that publishes them loses all credibility.

An internet pharmacy like this one that has fake reviews, a business address with a bad reputation, and a bland platform deserves a rating of 1 star.