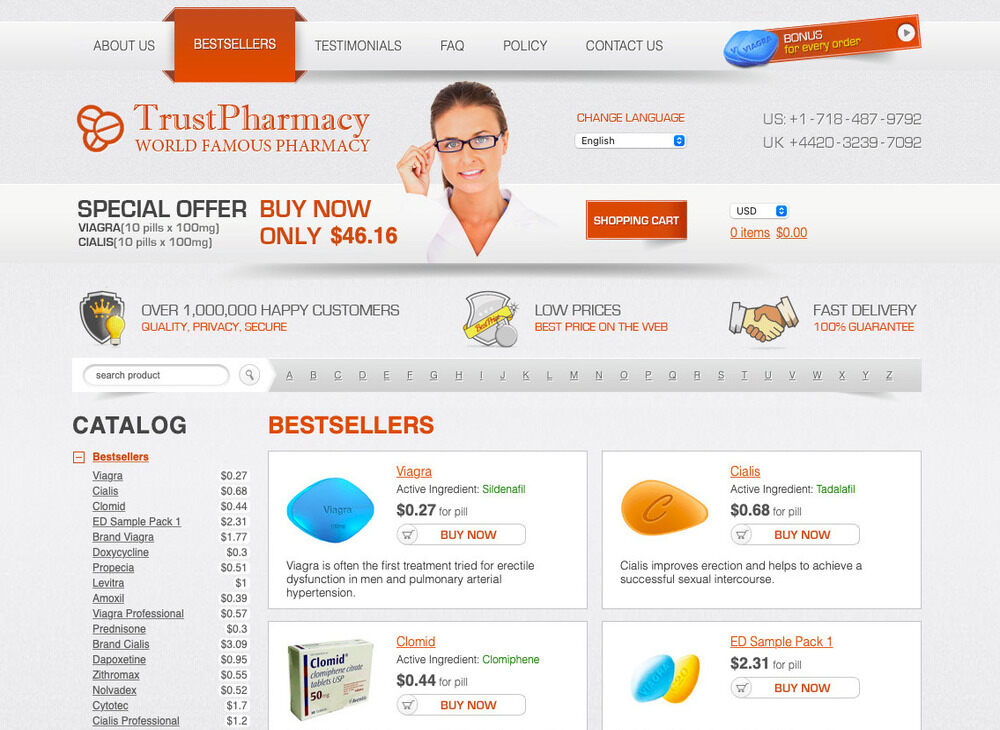 World-Medic-Store.com is an online drugstore with over a million customers. The claim comes from the website. And it is quite impressive. But no one has verified it. You have no reason to believe it or any of the other claims they make. As you will soon see, the pharmacy expects you to take everything they say on faith.

The domain is the first of the store’s problems, though it isn’t the last. It came into existence on the 26th of August in 2020, which isn’t that long ago (as of this moment).

A drugstore this young cannot defend itself from criticism. Because they haven’t been in operation long enough to create a reputation, you have no reason to believe the things they say. But this is what they expect consumers to do, which is why they haven’t bothered to back their words with significant evidence.

They don’t have related websites, at least not any that anyone can see. Their domain is not only young but it has scored a poor ScamAdviser rating of only 15 percent. That doesn’t give the site’s detractors any reason to take its claims as fact, especially when you consider the factors that forced ScamAdviser to give it such a low rating. They include a low Alexa rank, poor search engine optimization, an anonymous owner, and the site’s connection to a high-risk country.

The website has several issues. First of all, the low Alexa rank is a problem. It tells you that their traffic levels are very low. You could blame this on their age. Because they are less than a year old, it stands to reason that people haven’t discovered them yet.

But that hurts them. They keep assuring visitors that they have over a million customers. The Alexa rank shows that this isn’t true. In other words, they are liars.

ScamAdviser gave them a low rating because they are located in a high-risk country. Scam adviser has no reason to lie. In fact, the resource has thrived specifically because many people rely on it to tell them whether or not a drugstore can be trusted.

However, at the moment, there is no way to definitively determine the company’s location or even their origins because they don’t have a business address. But if scam adviser is telling the truth, their location works against them because you have to assume that they are just as fraudulent as the many scams that hail from their home country.

A visit to their platform will show you that it is very bland in its appearance. The design is based on a template that numerous online drugstores have used. The site copied its content from its peers in the pharmaceutical arena, which tells you that none of their claims are true.

The internet pharmacy is rogue, or at the very least, this is what LegitScript has called them. They have CIPA and MIPA seals on their platform but they are fake. This is also true for the FDA and McAfee seals. As you can see, the entire website is filled with lies.

Their catalog should be familiar to people that frequent the pharmaceutical arena.

It includes pills that appear in the catalogs of most sites, including:

They are not concerned with prescriptions. You don’t need one to submit an order.

They use Airmail and EMS to make deliveries. They are not as forthcoming where their payment options are concerned. Though, they most likely accept credit cards and electronic checks. Their prices are attractive. They offer bonus pills if you purchase their drugs in bulk.

Like everything else on their site, their testimonials are bogus. The owner copied them from other online shops. Moreover, we couldn’t find any reviews on review platforms.

Everything the store has said has only succeeded in proving that they are untrustworthy, which is why they get a rating of 1 star.

Don’t even think of ordering from them.